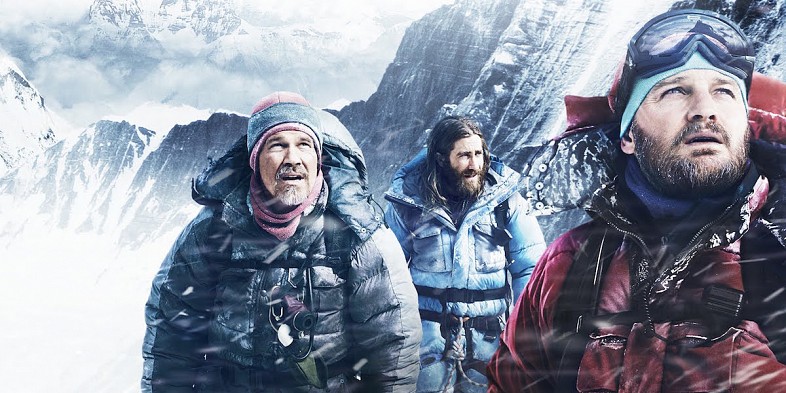 “Everest” is a disaster drama that literally took my breath away. This is a fascinating true-story of survival in the midst of insurmountable odds on a peak known as Mt. Everest. This film captures the fear, suffering, challenges, and the real-life conflicts of man vs. nature, and man vs. self, in a way I haven’t seen on film in quite some time. Based on the books “Left for Dead” and “Into Thin Air,” “Everest” is visually stunning, and captivating.

The film starts off with a slow how-to story filled with some methodical character development, but at the midway point launches into a different kind of film altogether. It is a conflict of landscapes as well with grand magnificent snow swept mountain vistas combined with the claustrophobia of being trapped under those same mounds after devastation hits a climbing party attempting to scale the monstrous peak.

A film of three acts, we see the challenge to survive dominate act three. It is not a film that is primarily a character-driven piece, it is more about the story of nature, and it’s power – and the reality that sometimes conflicts can, and will overcome the character.

From a visual perspective, this is a film that should be watched on the big screen if at all possible (and the bigger, the better). If you have a chance to catch this in Imax – do it! The richness of the cinematography, the power of the story conflicts, and the raw realism of the mountainous scenes shine without flaw. 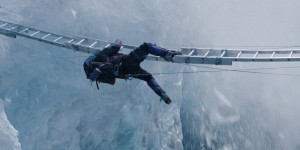 I’m giving “Everest” an A- on the Cinemascene report card. It is a feast for the eyes.