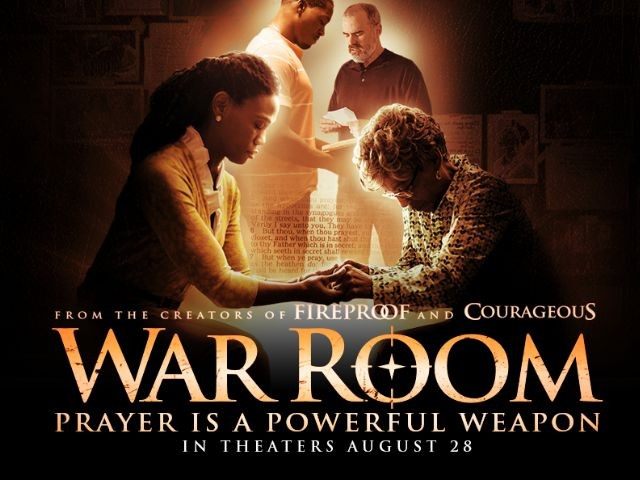 “War Room” is  a story about the power of prayer and the challenges of life (with and without God in one’s life). The struggles, and challenges may still be there … but there’s something compelling about the resource of God’s presence. 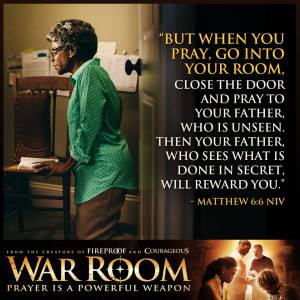 Alex and Stephen Kendrick have brought together a film shot in Charlotte for a distinct audience – the Church (and for church outreach). NC filmmaker Gary Wheeler gets a production credit, and helps the Kendricks capture the Charlotte region on film. Out of Georgia, these brothers have produced several films including successful Christian films “Fireproof” and “Courageous.” This is by far the most polished, well written, and best acted of the team’s films.

At a $3 million budget, this film should find a lucrative payday for the studio, and provide great content for the Christian crowd. If the audiences show, this could be a number one contender at the box office for several

weeks. In recent years we’ve seen the impact of faith-based films at the box-office, and I feel as long as the audiences exist (and scripts, production quality, and acting holds strong) –more of these films may be hitting the mainstream with success.

Comparing this to other films of the like, this film gets a solid A-.

Check out this interview with Gary Wheeler from WGWG. Gary talks about War Room